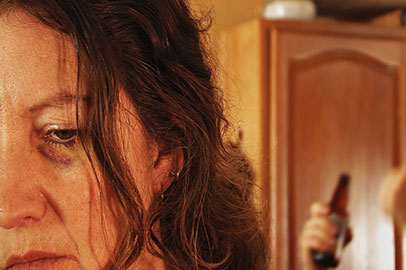 Domestic violence affects all aspects of our society. Unfortunately, immigrants who come to the United States in search of a better life and a better future are sometimes subjected to the worst forms of domestic abuse. This group is particularly vulnerable to abuse for several reasons:

In many cases, the victim’s right to live in the United States is dependent on the abuser’s status as a U.S. citizen or lawful permanent resident. Therefore, the victim becomes afraid to seek help. Immigrants who are victims of domestic violence, sexual assault or child abuse should know that HELP IS AVAILABLE to them. If you or someone you know is in an abusive relationship, has been hurt or is concerned about safety, DON’T BE AFRAID TO CALL THE POLICE or a domestic violence shelter right away.

If you are the VICTIM of:

The Immigration and Nationality Act has numerous provisions that can help victims escape domestic violence without the fear of deportation. These provisions are applicable to both male and female victims of domestic violence. The law not only helps an abused immigrant escape the violence, but it also provides employment authorization and a path to legal permanent status in the United States. Over the next few weeks, I will discuss the different types of immigration relief available to victims of domestic such as: